This project has been funded with support from the European Commission. This publication reflects the views only of the author, and the Commission cannot be held responsible for any use which may be made of the information contained therein.
Read more 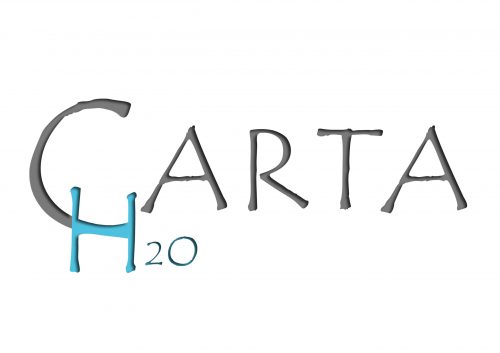 The Carta20 project was conceived so as to contribute to the celebration of the 20 years from the Proclamation of the EU Charter of Fundamental Rights and seeks to increase its visibility and Citizens’ awareness. The partner countries involved are Denmark, Estonia, Italy, Romania and Greece.

Carta20 aims at informing citizens-especially young people-about the content, importance and development of the EU Charter of Fundamental Rights and thus, to raise awareness in order to make the Charter a reality for European citizens. The participants will be engaged in preparatory activities in a local level, advertising actions via media, a number of public events and the creation of local working groups in all partner countries. Split in subgroups the participants will work on the six Titles of the Charter i.e. Dignity, Freedoms, Equality, Solidarity, Citizens’ Rights, Justice, in order to produce a number of educational materials, such as essays, testimonials, presentations, media files, as well as a performance about the historical route of the human rights and the EU Charter based on the documentary theatre technique. The materials will be published in an e-book, while the performance will be recorded and subtitled in all partner languages. All the educational outputs and the recorded performance will be the diffusion material that will be presented in all partners’ local communities through public interactive events.

Yet, given the importance of dissemination, the products will be also available on the Web. More than 300 persons will actively participate in the foreseen activities so as to acquire an important ability; the knowledge of their fundamental rights, as recorded in the EU Charter. Moreover, the Carta20 project aspires to develop a high sense of citizenship for the participants, cultivate feelings of understanding, tolerance and acceptance of the different and raise the public’s consciousness in order for the citizens to feel more secure and ready to assert their rights, as stated in EU Charter. 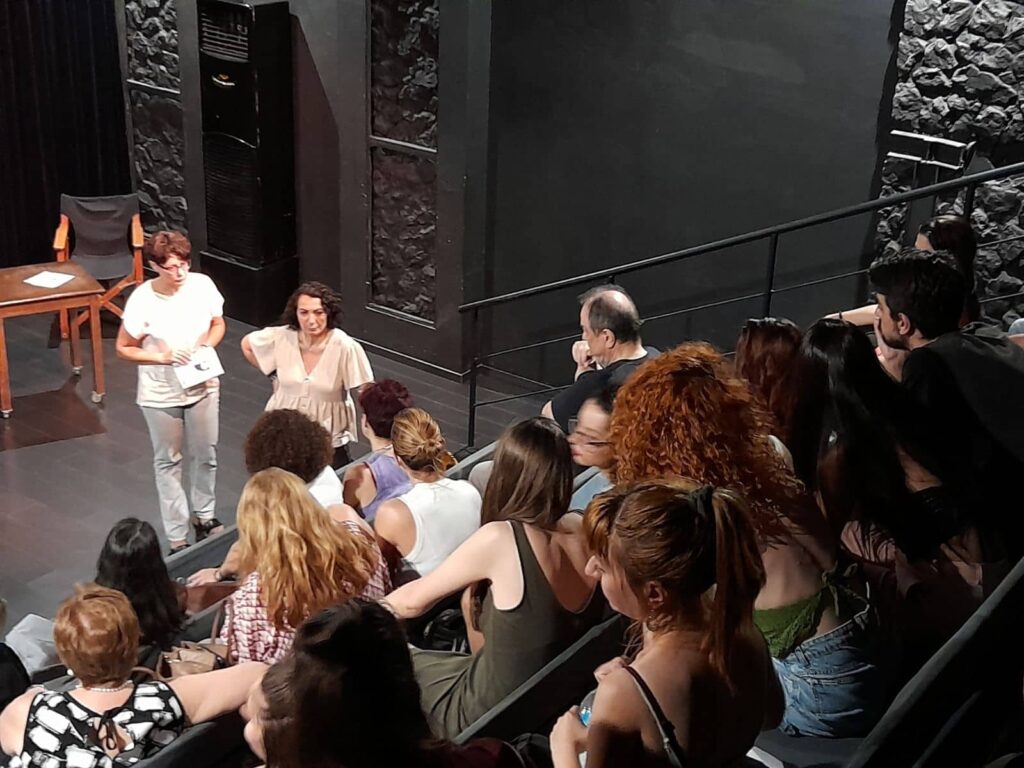 An evaluation meeting and an open to the public dissemination event, within the framework of the CARTA20 European Project, was successfully held in Athens from the 23rd until the 26th of June 2022, in the welcoming space of "Modern Times" theater, where the screening of the performance with the same title was realized, followed by public debate.

Project’ Partners and their associates continue to disseminate and valorise project's results and achievements. 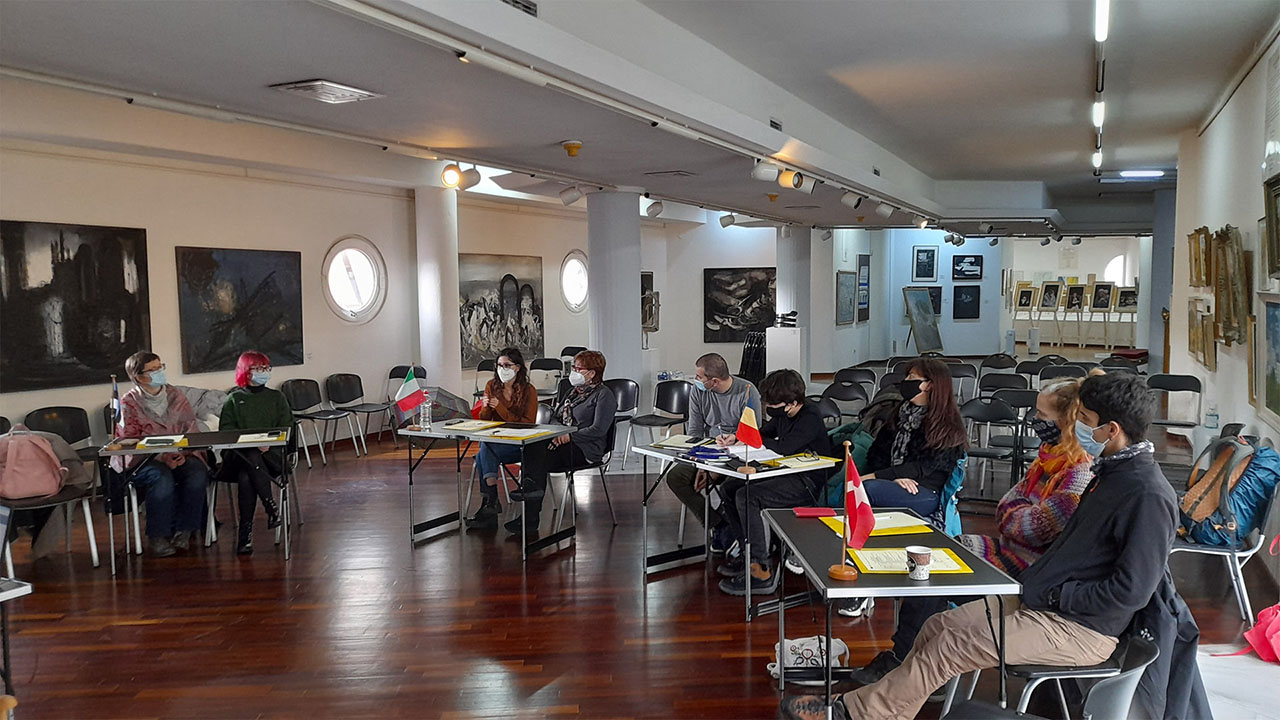 The partners of the project and members of their LWGs met in Kalamata from the 9th until the 13th of December 2021 and presented the educational and creative outputs of the project that were locally produced to the participating guests. On the evening of the 11th of December, “pramata & thamata” S.C.E. presented in an open to the public event at the amphitheater of Kalamata’s Philharmonic, the project, the participating partners and the theatrical performance “Carta20”.
Theatrical performance "Carta20"

Partners’ Meeting and Presentation Event of products and results 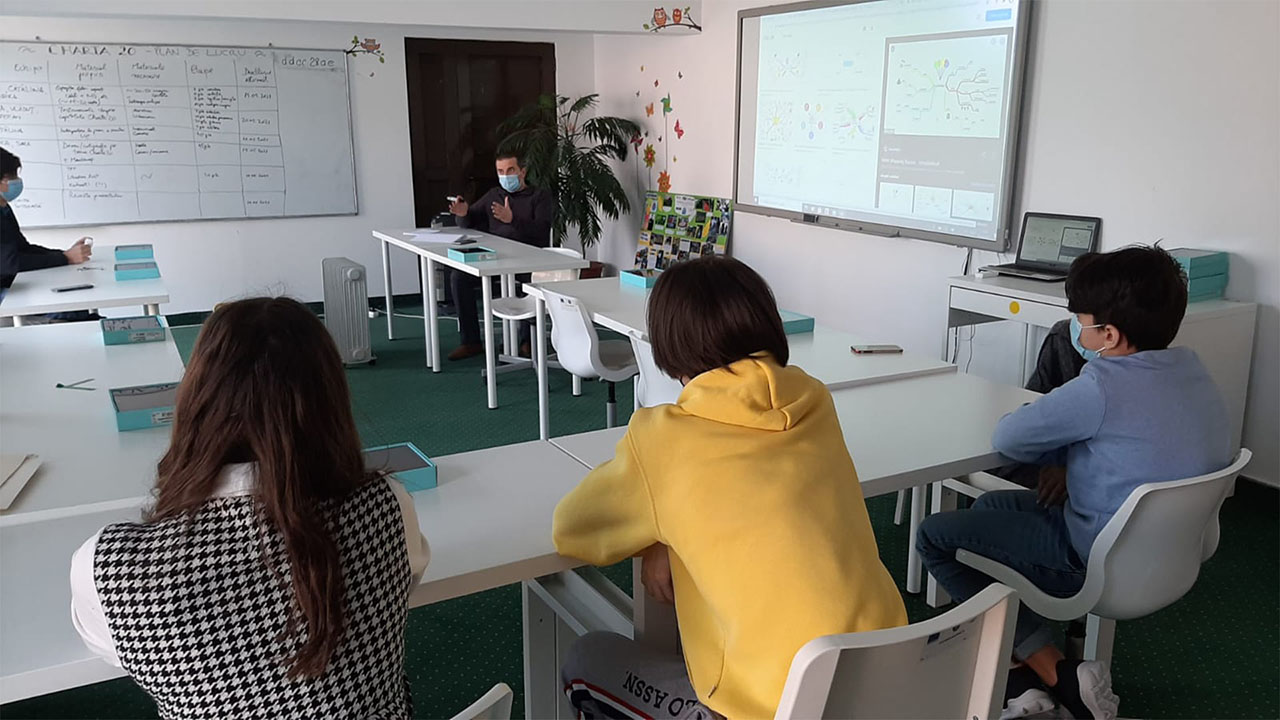 In the framework of the project, LWGs were formed that created educational materials and creative products inspired from the EU Charter of Fundamental Rights and its content.

The kick-off meeting was successfully realized on 06/02/2021 as a teleconference due to Force Majeure (mobility restrictions/Covid-19 pandemic).

The partners received information on different aspects of the project, exchanged ideas and set the project’s Workplan. However, they agreed to be prepared for any alterations that may be needed due to mobility restrictions against Covid-19 pandemic.